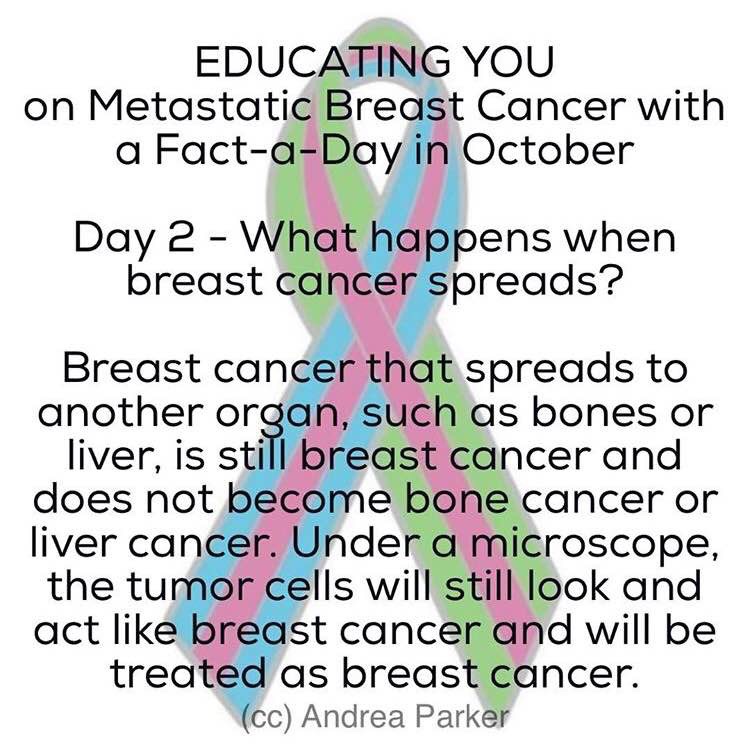 I have bone only Mets and I was initially diagnosed as stage 2 in March of 2017. We made treatment decisions based on that information, but in June of 2017, we discovered that I’d actually been Stage IV from the beginning and probably for quite a while before I felt the lump myself. My cancer spread through my blood, not my lymph nodes, a much rarer method than I’d realized.

In the SEER database, I’m listed as having stage 2 breast Cancer and then I’m listed in the bone cancer database with an asterisk. The lesions in my bones are still breast cancer and they still act the same as the lump in my breast. It may be hard to understand but I’m always happy to educate anyone who actually wants to learn.

I’m on my second line of treatment now since my cancer mutated to get past the medication I was initially taking after chemo.

I'm a daughter, a wife, a mother, and I've been living with Stage IV Metastatic Breast Cancer since March, 2017. All of the words I publish are my own. View all posts by Abigail Johnston

Follow No Half Measures on WordPress.com
Join 8,098 other followers

Tales of quilting, gardening and cooking from the Kingdom of Chiconia

This is Marilyn Gardner Milton's blog about all she loves.

We are constantly adding new offers to our site. Be sure to come back later.